‘The Durrells in Corfu’ Review: An Island of Charm 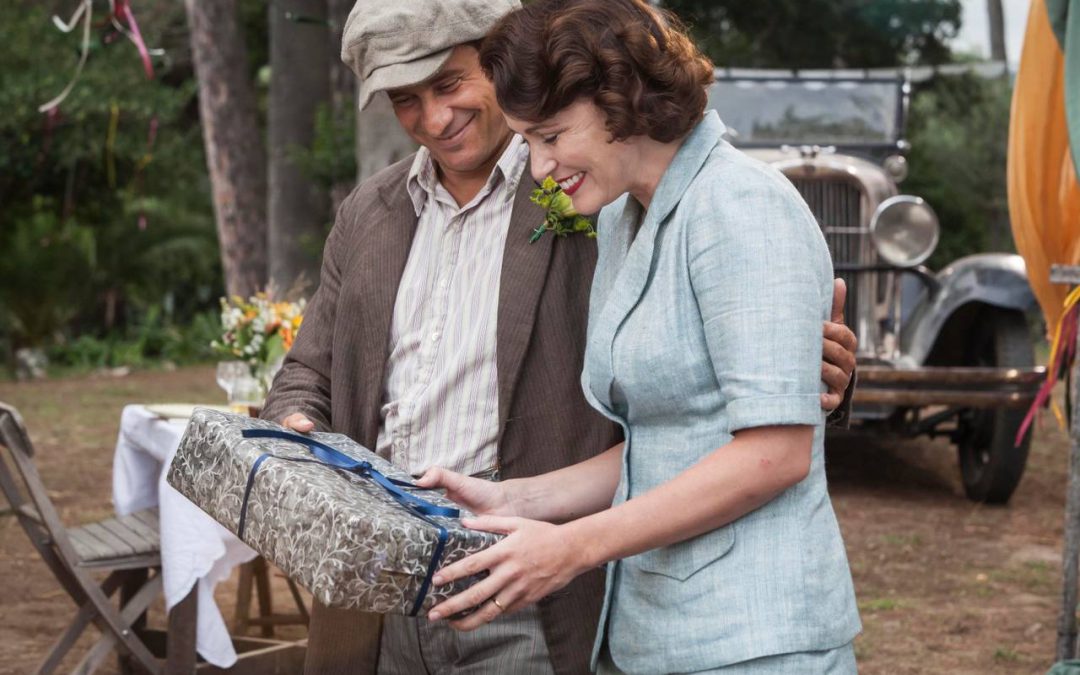 The only opportunity missed by “The Durrells in Corfu,” which will brighten Sunday evenings for the next six weeks, is that it’s not airing closer to Mother’s Day. “Where did I go wrong?” cries Louisa Durrell ( Keeley Hawes), pondering her impossible children. “How did you all become so vile?” She has all our sympathy.

But Ms. Hawes could play Cruella de Vil and viewers would side against the puppies. Her Louisa—who abandons impoverished widowhood in 1935 Britain for impoverished widowhood on the island of Corfu—is one of the great television mothers. And a reluctantly heroic one. Which, of course, is part of her charm as well as her nature.

Sunday has long been Brit Night on PBS, from the Alistair Cooke era (“Upstairs, Downstairs,” “The Jewel in the Crown”) through “Downton Abbey,” all of which has made Anglophiles so happy they could practically roll around on the carpet. While “The Durrells” takes place on a sun-washed Greek island, it fits the “Masterpiece Theater” tradition snugly, founded as it is in matters extremely British: The very-proper-fish-out-of-water theme is obvious and paramount; the dialogue by Simon Nye is acidly funny. But Louisa also struggles constantly with her innate British reserve in order to do what she knows is the right thing.
When we meet her, for instance, she has arrived at her youngest son’s school to dress down the headmaster for having caned the gentle boy; she suffers through it more than he did. She has desires, doubts, more doubts about her drinking, and a quartet of children—one angel, three self-absorbed lumps—who drive her to distraction. Once on Corfu, she makes fast friends with the cab driver and local fixer, Spiros ( Alexis Georgoulis), who helps her enormously; a tall handsome Swedish ex-pat named Sven ( Ulric von der Esch) who performs an emergency appendectomy on one of her sons. (The downside: Sven plays the accordion.) Louisa is a woman whom men want to help, though she seems oblivious as to why. All the while, she awaits her “modest widow’s pension” to arrive via the predictably haphazard Greek postal system. It’s the ’30s. She has moved her family to another country. Such things weren’t done. Louisa knows. Yet, here we are.

“The Durrells,” directed by Steve Barron and Roger Goldby, toys a bit with history. But so did the real-life Durrells. The novelist Lawrence, author of “The Alexandria Quartet,” decamped from Britain to Corfu in the mid-’30s with his wife, Nancy, having convinced his mother and siblings to join them later. They did, one of the results being younger brother Gerald’s memoir, “My Family and Other Animals” (part of his “Corfu Trilogy”) which omits Nancy entirely. So does this series, which is based on Gerald’s books—rather than Lawrence’s account, which neglects to mention his mother. For purposes of “The Durrells,” the omission of Nancy is inspired, because it puts the family under one roof and makes the story more about Louisa. We’ve seen and heard more than we need about writers. Mothers of writers, not nearly enough.

“Larry” Durrell hasn’t published anything at the time the family leaves Bournemouth, though he insists he’s a writer. “You don’t actually write, though, do you darling?” his mother notes, to which his deliberately unglamorous sister, Margo (Daisy Waterstone), adds, “Yes, I’m a fashion model,” and brother Leslie ( Callum Woodhouse), the firearms enthusiast, then declares that he’s a ‘”fighter pilot.” Daisy will no doubt bloom as the series continues and Leslie continue shoot things, just as Lawrence begins to write and the nature-loving Gerald (the adorable Milo Parker) discovers a demi-paradise, Corfu literally crawling with wildlife. ( Gerald Durrell would, in fact, become a noted naturalist). All the Durrells seem to find themselves in Corfu. Viewers will find them irresistible.